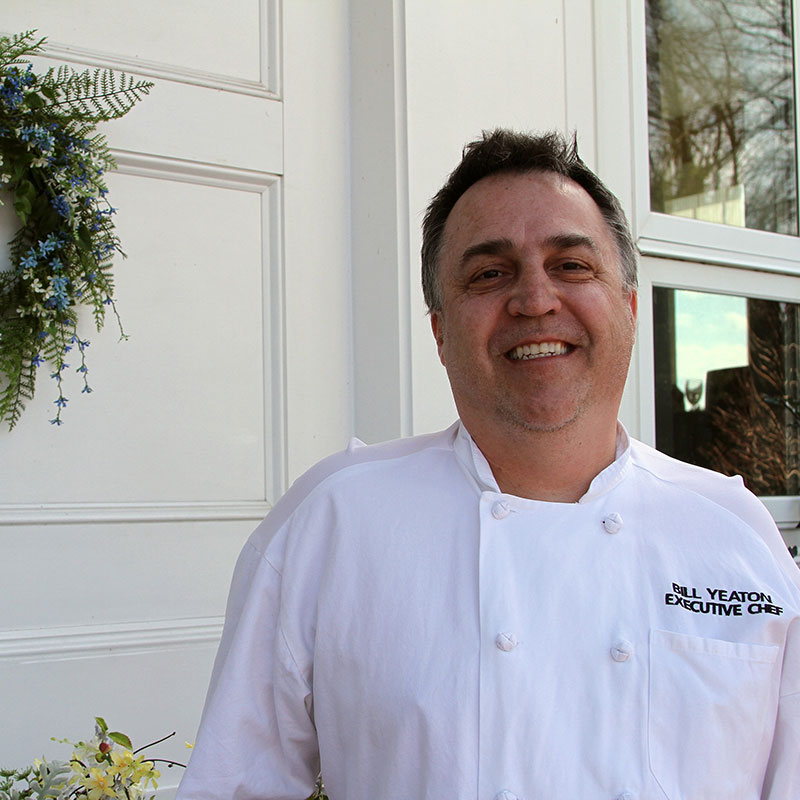 William R. Yeaton is the Executive Chef at Abenaqui. He started here in 2008 and was promoted to Executive Chef in 2011. Bill grew up in Rye, attended local schools and prep school at Gould Academy in Bethel Maine. After high school graduation, Bill received his A.O.S in culinary arts from Johnson and Wales University in Providence Rhode Island in 1991. Bill currently lives in Dover NH with his wife and 3 daughters. After his family, he spends his free time fishing and golfing.